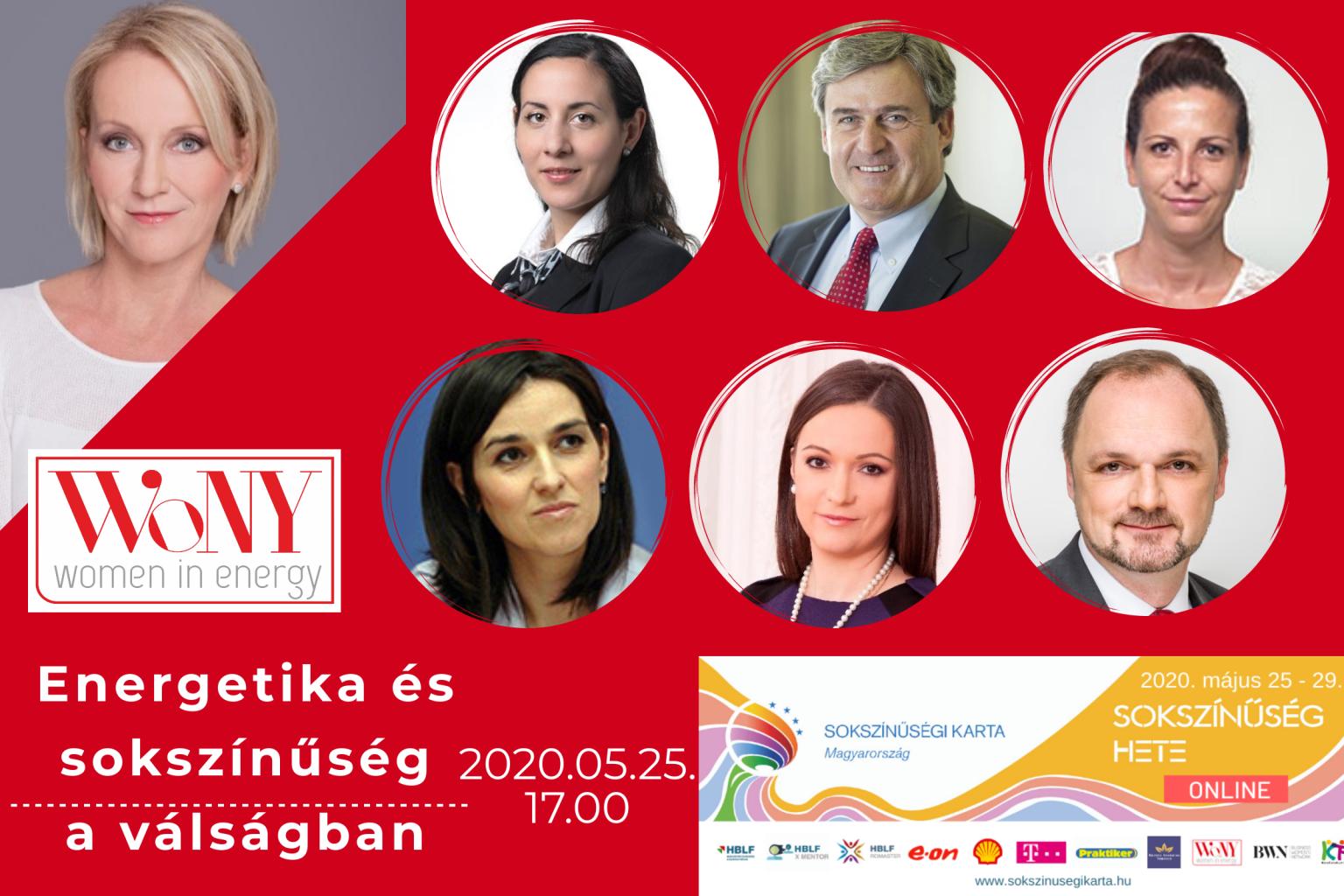 In partnership with the EU Diversity Week and the Hungarian Business Leaders Forum (HBLF), WONY organised a panel discussion titled „Energy and Diversity in the Crisis”.

The first topic of the discussion was dealing with the crisis. Speakers noted that after the first shock of the crisis, the primary challenge was to adapt swiftly to changing circumstances, manage the continuity of work in home office and to organise safe working environment for those who could not be ordered to work from home due to the nature of their work. Several scenarios had to be considered, thinking along with partner suppliers. Despite the challenging circumstances speakers noted that team cohesion was strengthened and creativity, as well as flexibility, took control over the usual routine.

Speaking of diversity, all participants agreed that diverse companies are more receptive to changing conditions and they can manage to adapt more quickly to the suddenly escalating situations, such as the pandemic. „Therefore, diversity has become a competitive advantage,” – István Kapitány pointed out. “If the goal was clear, then less and less became impossible.” – added Dóra Szebeni.

There was also a consensus that a well-functioning, diverse company is characterized by inclusiveness and openness, complemented by an atmosphere where everyone can have their say.